Learn how to start making your first video game.

Learn how to make a simple platformer.

Learn how to make simple cutscenes.

Learn how to create a light that follows an actor.

Learn how to stop progression until all enemies have been defeated.

Learn how to build a title screen for your game. 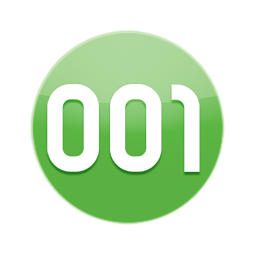 Designed to help artists create assets to be used in 001 Game Creator.

An overview of creating an RPG from start to finish.

A more in depth look at collections and how to use them.

A more in depth look at tables and how to use them.

A more in depth look at loops and how to use them.

A quick guide on how to make your actor face the cursor.

How to create your own custom resources.

Creating our first Map, adding some NPCs and setting up Actor Movement.

Adding new resources, creating a start menu and changing how the player's health is represented on the HUD.

Making magic, adding a new party member, creating a kill quest, as well as building our game so that others can play it.

Create a flashlight as well as making a roof that toggles on/off when the player enters/leaves.

How different types of NPC Actors are used in online multiplayer games.

How Item Quests and Kill Quests are created.

How to create console commands and building your game.

Check out their games at Gamejolt